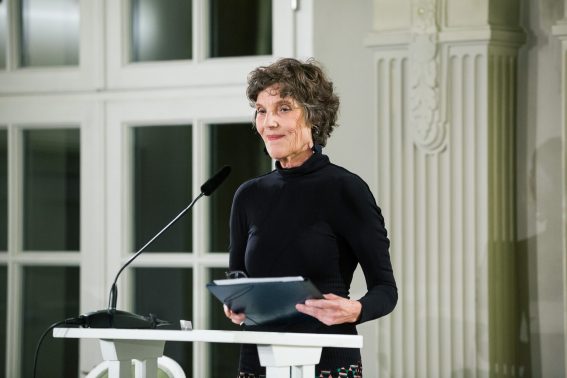 Years ago, I used to know a man whose privilege it was to introduce famous poets who’d come to read their precious poems at a prestigious Ivy League University in New Jersey.   This man – of course a poet himself – would always begin his introductions with words of highest praise for the poet who was soon to speak. But by midway of his remarks, the flames of much harsher, less admiring truths would begin licking ‘round the edges of the pretty words, so that by the end of each introduction, hardly a timber of the poor visitor’s reputation and accomplishment were left un-scorched.

Among the many things this memory of mine suggests is that it is not so easy to write well about another, living human. Ourselves keep getting in our way. And the mind so naturally runs to convention, platitude and cliché. Indeed, it is not at all easy even to see another human being truthfully, and not only to find words and apt things to say, but to imagine fresh, new intelligence relying on the subject’s simple life as inspiration. I, it must be admitted, may not be the very best person to speak publicly about Verena’s words – since they were spoken about me, after all. And apart from the obvious, there’s also my uncomfortable sensation that Verena may simply have invented the Richard Ford she’d like to be me, and passed that hapless, imaginary character along to posterity. This can happen. We all know it. We may all have done it. The very opposite of my poet friend in New Jersey.

And yet, who better than me to sing Verena’s praises – I, who am her long and great friend, and who finds in her words only confirmation of the generous and acute and resourceful and tender and forthright writer/colleague I have always known, admired and loved.   To write about another human is truly the writer’s great and perhaps only task. And in Verena, we ought not be surprised to find that she can accomplish this task with distinction and deftness and subtlety and intelligence – the way she does everything.

For myself, whether I should be speaking of Verena now or not – whether Verena has simply invented me, there in the great municipal hall of Hamburg a year ago, or if she hasn’t – I believe I could’ve survived, even if what I’d heard leave Verena’s lips were , “Well, yes, at day’s end, we can only say that Ford is, at heart, an intellectual lightweight, an amiable but hopeless poseur, a stand-in for the better novelist he can only dream of being, but will never live to be.” I believe I would’ve taken this news like a man, knowing full well that the truth will set you free, and that if such words were not true, my trusted friend Verena Lueken would never have said them.